We receive an application from you.

We evaluate the project and ask clarifying questions.

We fix the agreements and start working together. 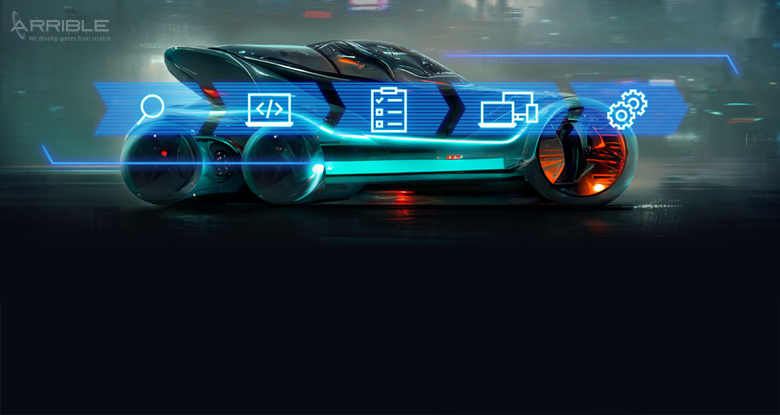 Product ownership of the project. We will help you create the core of the game, manage the work of the team, develop the project and maintain user interest in it in accordance with market trends and the needs of the target audience. 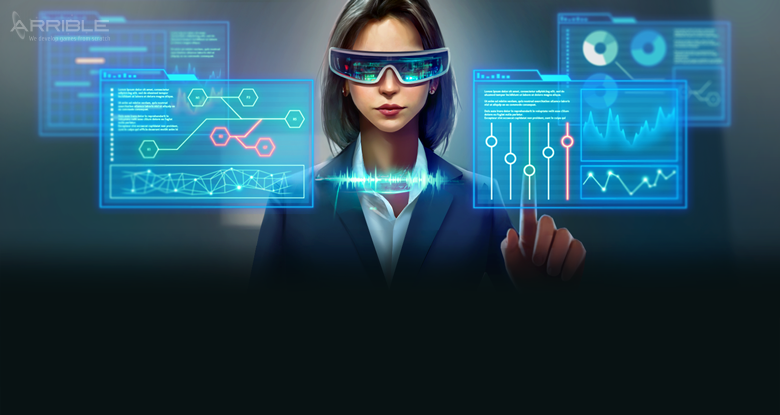 Project resource management. We will help organize the work of the team, write technical documentation, design and prioritize tasks, as well as monitor their implementation, take over communication with the customer and contractors and solve problems on the project. 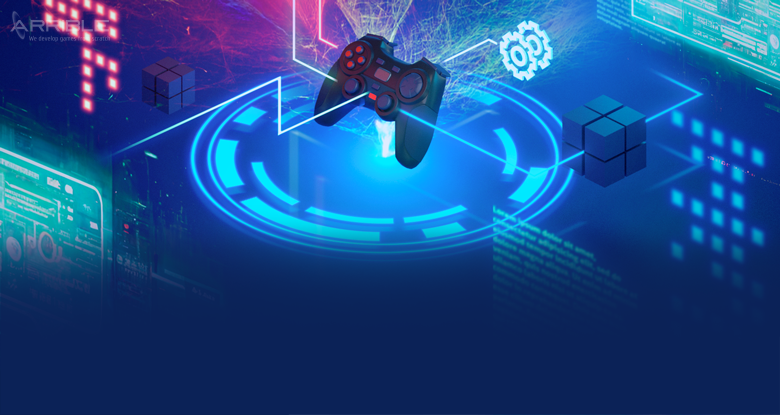 The popularity and profitability of the game rely on the development of game design. We will help you develop the concept of the game, its content and the rules of the game process.

Odyssey Racing Arena is a dark fantasy racing game with RPG elements, breeding and betting mechanics based on "play and earn" economy. Odyssey Racing Arena players have several available roles to play. Each role allows player to experience a unique set of game mechanics and styles of gameplay. 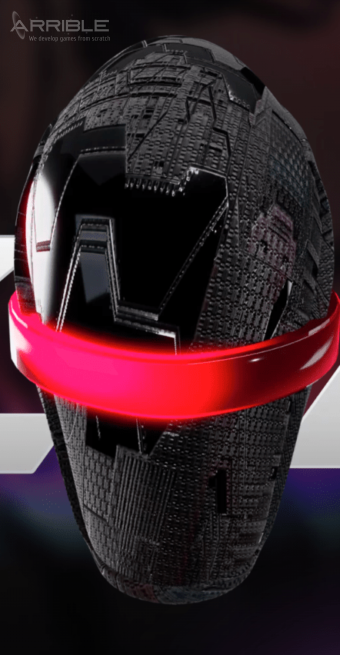 Zone of Avoidance (ZoA) is a PVP/PVE, Play-to-Earn, NFT-based auto battler in which the universe becomes your campaign ground. Buy your NFT spaceship, fill it with heroes and embark on your mission out of the New Milky Way toward the Zone of Avoidance. 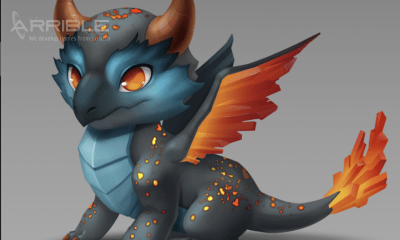 Fables of Fyra is a free family-oriented fantasy role-playing game with an open world and "play and earn" economy. The player is immersed in the fantasy world of the kingdom of Fyra, a country inhabited by amazing creatures - dragons.

Isometric Shooter is a role-playing game in a Japanese cyberpunk setting. 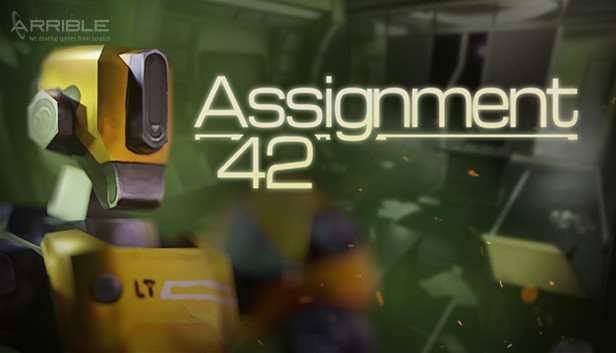 Assignment 42 is a strategic, puzzle-based experience set in a maze of superstructure interiors. Progress by programming a machine to handle fried electrics and fires while you, with the guidance of your partner operator, evacuate every civilian and investigate who is behind the disaster. Match Mania 3D is a hypercasual game with mechanic to match objects which on hype.

01
What our clients say about us

Arrible has developed a game app for a video game development company. Their task was to provide art testing and high-polys rendering in UE5. Guys have successfully delivered quality low poly assets that have helped us improve the game assets texture. The team has been collaborative, communicative and receptive to feedback throughout the partnership. Their accessibility and cost-effectiveness are impressive in the workflow.

We’d developed a website for a client and were looking for a company that could create an RPG NFT game for them. We found them through a Google search by coming across an article for the top game developers. We initially tried negotiating with nearly 15 companies. We called Arrible, and their answer displayed the most expertise, so we recommended them to the client for this project.

The project budget was around $44,500,000., but the deadlines were running out, so it was necessary to do it not just with high quality, but also in a short time. The Arrible team coped with this task perfectly, the client was satisfied, and as far as I know, continues to work with them. The customer was pleased that the team told him how to do better and even cut some of his ideas. At the time of release, there were a minimum of bugs and warnings, which allowed the project to be launched on time.

The development remains ongoing, but investors and internal stakeholders have already praised the initial prototype, particularly the game’s characters and map. The team is highly receptive and we’re impressed with their rapid turnaround time.

The 3D models align with our existing art asset pipeline, thanks to Arrible. So far, the team workflow has been effective. Their quick turnaround time and affordable rates for quality work impressed us.

Arrible successfully created a game in a timely manner. The team went the extra mile to fulfill their responsibilities and meet the needs of the internal team. They also incorporated great ideas to optimize the platform. They were communicative, reliable and cost-effective.

A solution that is suitable for projects that have an idea, but no details on how to reach the final result. Payment is based on the time spent. The main advantages of this model are as follows:

This option is suitable for projects that have a written and approved concept of the game. Payment is made according to the amount of work estimated in hours. The main advantages of this model are as follows:

This model is suitable for companies that have their own team and they need to understaff it with individual specialists. The main advantages of this model are as follows:

F.A.Q.
Do you take on the finalization of games written by other developers?

Yes, but before that, we conduct a comprehensive audit to analyze all aspects of the game: from the code to the implemented game mechanics. Based on the data received, we give our verdict and propose the next steps of cooperation.

How many people will work on my project?

It all depends on the size and complexity of the project or service being provided. If we consider a project of average complexity, then as a rule the team consists of the following performers: Producer, Project Manager, Game Designer, Art Manager, UI/UX Designer, 2D Artist, 3D Artist, Animator, Unity / Unreal Engine Developer, Back-end Developer, Build Engineer.

What are the terms and costs of game development?

Everything is individual. The price is formed on many factors: the size and genre of the game, whether there is already ready-made art content and game design, the number and complexity of game mechanics in MVP, platforms and technologies. A more objective assessment can be formed after evaluating the game design document. For example, a simple card game can cost from $10,000. If you add a client-server architecture, the amount will be higher. Larger projects, such as browser-based strategies or MMO RPG’s can cost from $100,000 or more. Regarding the terms of delivery - the criteria are the same. As a rule, it can be from 1 month to several years.

Of course, we carry out an initial assessment of the feasibility of certain functions at the briefing stage. If, during the implementation, specialists have ideas for optimizing the product, we make a discussion, first within the team and then with the involvement of the customer, arguing this or that decision on specific examples.

What countries do you work with?

We work worldwide with clients from different time zones. Most often it’s Europe, USA, Latin America and other continents.

How and where is project communication taking place?

Basically, communication on the project is carried out in Discord on a channel specially created for your project. Sometimes the specifics of the project involve working in the client’s Task Manager or messenger if we need to work together with another team (we are fine with this). The time and number of presentations (sprint review, retrospective, conference calls) are agreed with the customer in an individual format and depending on the specifics of the project.

What formats of work with clients do you have?

Depending on the request and the specifics of the project, we work on three models: Fixed price, Time & Material, Outstaff.

We receive an application from you.

We evaluate the project and ask clarifying questions.

We fix the agreements and start working together.